When it comes to making goals for yourself, I always say it’s important to dream big! It’s also never too early to start working towards them! Mercer Henderson is a 15 year old girl that lives by this. She is the founder of two apps (FriendIts and Adiots), has hosted her own social media conference, and she’s a singer! What a resume, right?!

How she got her start: Making what she calls “soundmojis” is something she already did all the time. After finding her emoji of choice, she would attach sound clips in her text messages. One day a light bulb went off! She decided, why not put the two together and make an app?! The app features over 50 emojis with fun soundbites. To get Audiots started, Mercer Henderson got big support from Lisa, a product marketing exec at Salesforce, which happens to be her mother. Her uncle, a LucasArts sound engineer, also helped out with sound-mixing. Not a bad startup team, right?

Her second app, FriendIts, came from a problem she realized most people her age have – feeling like they have nothing to wear. Who else can relate to that feeling? Her goal was to build a community where her friends could share and exchange clothes. This is such a fun idea, and she plans to expand the app for teens everywhere.

With her recent venture into music, she’s doing an amazing job of juggling all over her endeavors. 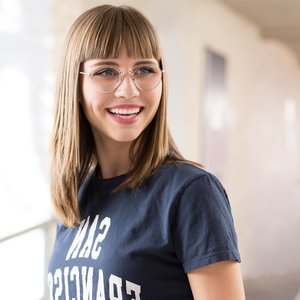 Mercer’s favorite part of being a teenpreneur:

“The most fun part for me is the emails I get from people telling me they like the app! One girl told me it is the only app she has ever downloaded! I try to email everyone back after I do my homework and stuff. Also, being on TV was fun.”

“My advice is if there is something you like to do, think about if other people like it too. Then try to create a more fun or simple way to do it.”