Hey JAM FAM! If you follow us on Instagram, then you know we recently did a contest for siblings and twins to win a photoshoot is Anne Constance. We had two sets of winner, so today we wanted to introduce you to the second set, Savanna and Sienna! 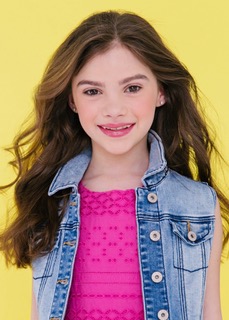 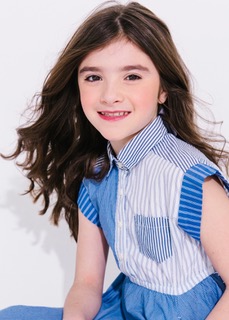 Savanna and Sienna are 10 year old (fraternal) twins. They have been modeling/acting since they were two years old. They started in the business when they landed the role as Charlotte’s daughter, baby “Rose,” in Sex and the City 2. After that, they began working with Funnyface Today, Inc. doing print work. Savanna has done various jobs for Toys R Us, Christmas Tree Shops, Scholastic, Harlequin books, Simplicity Patterns and runway shows. Sienna has worked for Carters, Parents Magazine, Toddlewood, Meg Bitton, Land’s End and walked in several NYFW runway shows. Outside of the modeling world, Savanna enjoys gymnastics, contortion and singing. Sienna loves dance and playing cello. Both girls are aerial yoga artists and have been training with aerial silk hammocks and the lyra for 5 years. Sienna would like to be a teacher, dance instructor or an actress when she grows up. Savanna would like to be a yoga instructor, TV producer or singer/actress. They have two younger siblings, sister Cheyenne and brother John Carlo also in the business. They are currently represented by Nouveaux Talent Management and are busy auditioning for commercials, TV, film and print in NYC.